Thank you to the breed judges Mr. Robert Kanas (SK) and Mr. Tibor Havelka (SK) and BIG thank you to the group judge Vlado Javorcik (SK).
By the show we could meet a girl from our first litter – Khyi-Mi Anandi Lamleh - Nuki. Nuki is still the boss in the ground and she has been also spoiled as a real queen, what makes us very happy of course. Pity there was to dark for pictures there in the evenings.

24-25/AUG/2013 After more as one year, we went for a show-joyride to Germany, where were two shows at this weekend. Germany is a country with a long TT-breeding tradition and you can usually see good number of diferent TT-types and TT-lines at the show. The reviews are pleasantly strictly and also other grades are usual, not only the excelent's. And even Bhoomi is already more a couch-potato as a show-dog her condition and form convinced us to show her sometimes, too. And it wasn't a bad decision :) 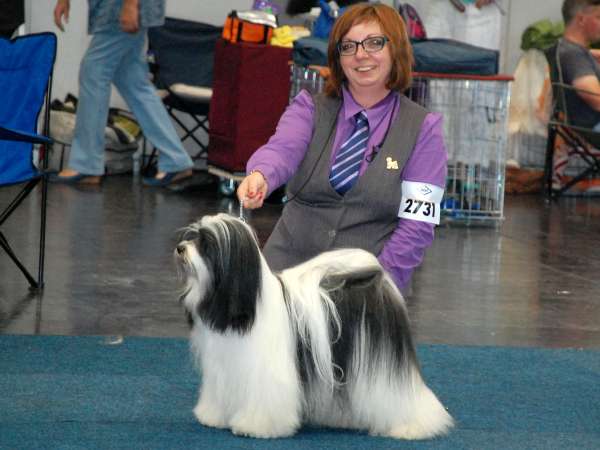 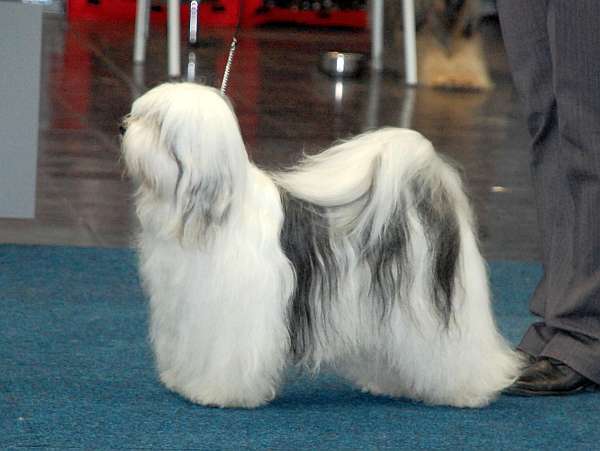 Only a week after we met one of the "C"-boys in Bratislava (SK), we were very pleased again - we met another "C" - Henry (Khyi-Mi Ca Ba Lamleh) is very lovely and well balanced male which is very nice to meet. Pity he prefers sitting in the show-ring ;) He set down to a beautiful critique but with Very good 3 in the Junior class - because of the missing ring-training. But we can say with pleasure we found him the very best owner, he is happy with Elke Martin. And they have lot's of time for the ring-training. We are looking forward to the next meeting - hopefully soon.
We enjoyed this weekend the company of Radana and her Anynka, who got the title German Veteran Champion. Congratulations, thank you for the company and for the help with the video!

17-18/AUG/2013
We met a boy from our "C" litter at a show in Bratislava this weekend - Codo (Khyi-Mi CoDo Lamleh). Thanks to the great influence of his new family very careful and versatile, he has any problem with nothing and nobody. He was beautifuly shown by his personal groomer and our friend Radek Blazo at the show. Thank you!
At these two shows was succesfully shown also (Ch. Khyi-Mi Bhagya Lamleh).

Congratulations to her owner Martin Zacpal!

Watch more pictures from this show.

29/JUL/2013 - 11/AUG/2013 We spend the summer-vaccancy with doggies in beautiful east of Slovakia this year. We enjoyed Domasa, Presov, Kosice, Vranov nad Toplou and Bardejov together. Only the Kosice ZOO was closed for dogs...

23/JUL/2013 Our puppies make us very happy! We are glad about all our puppies are blessed with loving owners and puppies are successfull at shows. Our "C" puppies are testing the patience of their owners with puberty and hair-change. Hold on! Even a half year more and the coat will be better. And about puberty... it is like a human puberty - guys will probably never become adult... A short recap of the last months:

Happy 5th Birthday (May 6th) to all the Khyi-Mi A litter.

Happy Birthday to the Khyi-Mi B litter, too. They celebrated their third birthday on April 1st. 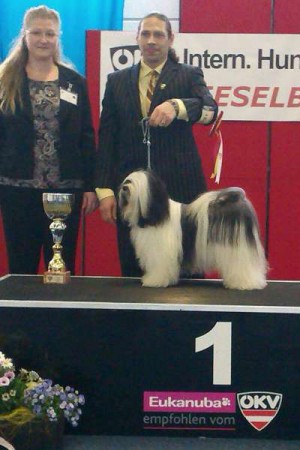 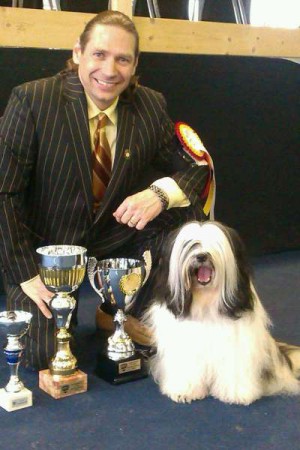 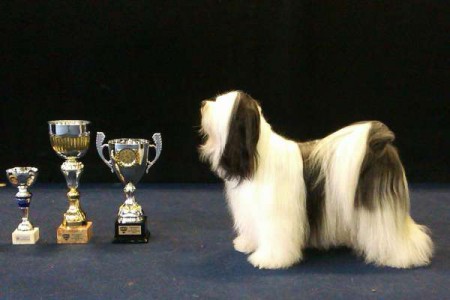 Ch. Khyi-Mi Bhagya Lamleh - Gyunka - she shines in the showrings with her typical smile this year.
I have to mention her famous, winning at the International Dog Show in Wieselburg (A), where she has infected everyone around herself with her good mood - including the judges. She got there a wonderful rewievs from the Austrian judge Erika Hommonai, who is the TT-breed advisor and thus pronounced specialist in Austria and she gained: Exc.1, CAC, CACIB, Best Bitch, BOB, Best In Group, Best Of Day 3.
We are very happy with Gyunka and we send greetings to her owner / handler Martin Zacpal. 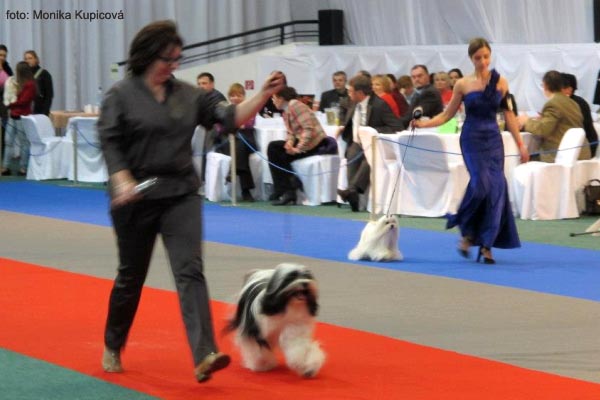 The girls Barri Burri and Bunti gave birth to beautiful puppies and they continue our breeders efforts. We are happy and cross fingers for the next breeders success! 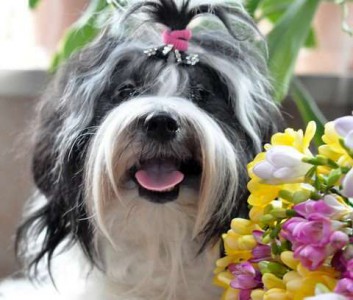 Other boys live very happy in their families and some of them has snuffled the show-rings already. We are pleased they meet expectations, and some of them have even surpassed it!
Khyi-Mi CoDo Lamleh enjoys his aristocrate-comfort, however, his first show is already scheduled.
Khyi-Mi CaBa Lamleh (Henry) was in the puppy-class at the shows in Gera (D) 2x Very perspective 1.

Khyi-Mi Chil Le Lamleh (Barney) has got his first cup from the puppy-class, where he had has premiere so as his owner and with lovely result Very perspective 1.
JCh. Khyi-Mi CuTi Lamleh rulez in Israel. In the puppy-class he took the highest win Best Puppy In Show and he is very successfull also in the junior-class. He got already the titles Tel-Aviv Junior Winner and Juniorchampion of Israel and he bet moretimes even the adults and won the Best of Breed!
JCh. Khyi-Mi CiNi Lamleh (Cuki) goes well at shows, too. He got the titles Club Junior Winner and Juniorchampion of Serbia from the junior-class, also with more wins of Best of Breed!

Congratulations to our puppy-owners and thank you for such a great presentation of our little kennel! And Srdečne gratulujeme majiteľom našich šteniatok a ďakujeme za krásnu prezentáciu nášho malého chovu! And because we are very satisfied with the puppies of our Bhoominka and we have found a dog who charmed us in all aspects and Bhoominka is at full strength and beauty, we decided to plan her last litter in the spring of 2014.

10/02/2013 Bod-ja did it again! Even with not many shows in the last year Bod-ja aka BISS, SKAR, GCh., MultiCh. Khyi-Mi Bod-ja Lamleh is again not only Nr. 1 Tibetan Terrier '2012 in Slovakia but the
Nr. 1 of all breeds in the Tibetan breeds club 2012 in Slovakia.
We are very prout of our young stallion!

And the little CoDo (Khyi-Mi CoDo Lamleh) have had a training day - and he did very well!!!